Just how important is a smartphone in your life?

That one device, that you carry with you like it was your Iron Man’s Arc Reactor. The one dependable friend who never forgets to wake you up on that lazy Monday morning by constantly beeping! (Yes, it does get irritating after a while)

Imagining life without a phone is not possible in this age of technology!

Not just for personal use but a lot of businesses are opting for> cloud telephony so they can manage their communication with just a smartphone.

Over the years,the telephone has evolved From being an ‘improvement in telegraphy’ to the sophisticated business tool it is today, the evolution of the telephone is fascinating, and sometimes even funny.

Also Read: From Telephone to Telephony, a Hello is a Constant!

Here are some interesting facts about it we’re betting you didn’t know before.

1) “Ahoy” was the original telephone greeting. 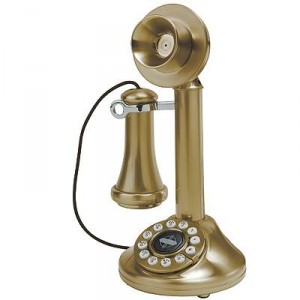 Alexander Graham Bell suggested ‘ahoy’ (as used in ships), but was later superseded by Thomas Edison, who suggested ‘hello’ instead.

2) The very first phone call was: “Watson come here, I want you!”

It was made on March 10, 1876 in Boston, Massachusetts, between Alexander Graham Bell and his assistant Thomas A. Watson

3) The origin of the phrase ‘to put someone on hold’ was Alexander Graham Bell handing over his telephone instrument to his partner Mr Watson and saying, “here, hold this”.

5) Bell’s patent for the telephone was modestly titled ‘Improvement in Telegraphy’.

6) According to a recent survey, 47 percent of all water-damaged mobile phones in the UK have been dropped in the toilet bowl.

7) A ton of mobile phones contains more gold than a ton of ore from a gold mine. 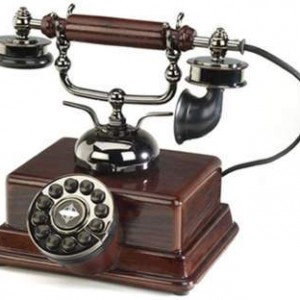 10) In the early days, telephone wires were ranked according to how tasty they were to mice and rats.

11) Mark Twain was one of the first to have a phone in his home.

12) The 555 prefix is reserved for fictional US telephone numbers.

13) As a tribute to Alexander Graham Bell when he died in 1922, all the telephones stopped ringing for one full minute (14 million telephones in US and canada were affected).

14) Frigensophobia is the fear that using your mobile is damaging your brain.

15) Nokia was founded back in 1865 and manufacturing paper was its primary business. Many years later, it switched to making rubber products, telegraph wires, and other electrical cables.

16) Payphones are still used by five percent of the population, at least once per year.

17) The first phonebook in history was just one page long.

18) The term Bluetooth comes from a Nordic king. It is about the Danish and Norwegian King of the 10th century, Harald Blatand, wrongly translated into English as Harald Bluetooth.

2 Replies to “15 Mind-Blowing Facts About Telephones”

Fill in your details and we'll get back to you.